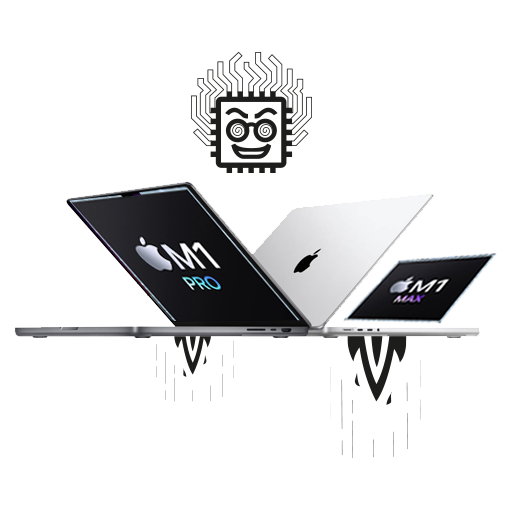 Flowers of the Walled Garden: 2021 MacBook Pro with M1 Pro and Max

UPDATE: Apple’s website shows an updated release date of 29 October in India for both the 14-inch and 16-inch MacBook Pro models.

On the 18th of this month, the Cupertino tech giant launched the latest MacBook Pro models in an all-new yet somewhat old-school design alongside the AirPods 3 and other small updates. Alongside Apple’s top-of-the-line laptops, the company further enhanced their newfound forte in the likes of the M1 Pro and M1 Max processors. So, how powerful is the new MacBook Pro, with its M1 Pro and M1 Max? Let’s find out.

It was high time that Apple gave a refreshing makeover to its MacBooks. Finally, we have the MacBook Pro models that have shown the way forward for upcoming MacBooks and what to expect from them. The latest MacBook Pro models, powered by the M1 Pro and M1 Max, pack so much power that the first thought that came to my mind was, “This is overpowered for our kind of work.”

Nevertheless, I’m sure the 2021 MacBook Pro, M1 Pro, and M1 Max’s performance will delight many. Thankfully, the 3.5mm headphone jack is still there, along with three Thunderbolt 4 (USB-C) ports. Also, back in the house is the MagSafe charger, HDMI port, and an SD Card slot. Apple says you can use MagSafe or either of the USB-C ports to power up the Mac. A feature extremely handy if you forgot your MagSafe somewhere and needed to juice up the device elsewhere.

One thing that’s definitely worth highlighting is the display of the MacBook Pro 2021. Apple has brought ProMotion mini-LED displays to the latest MacBook Pros. I drooled over the screen on the iPad Pro due to the 120Hz refresh rate and mini-LED, and guess what? If the iPad Pro is anything to go on, our eyes are in for a treat.

MacBook Pro’s display will take things to another level. In front of the iPad Pro, my 2020 MacBook Air’s screen looks dated. However, since Face ID didn’t make it to the MacBook Pro’s feature list, we wonder why Apple went with a large notch. They could have easily gone with a punch-hole display that would up the handsomeness of the 2021 MacBook Pro. Still, that’s a personal take, and I haven’t seen the device physically, so I’ll reserve my final verdict for a later date.

You can get the 2021 MacBook Pro in two display sizes: a new 14-inch model and a larger 16-inch variant with slightly larger pixels. Externally, both variants are identical in the number of ports and slots. What’s thankfully removed is the undependable Touch Bar, replaced with physical function keys. Also, there’s a new black leather-like background behind the keyboard that looks sick. Sadly, the illuminated Apple logo behind the screen is missing. But a wonderful addition is the 1080p webcam. The old, grainy 720p has been done away with, and we’ll finally look good on a MacBook’s camera.

The MacBook Pro wasn’t ever intended to be used for running everyday tasks. You have the MacBook Air, right? Thus, Apple has gone all the way to make the MacBook Pro 2021 the ultimate powerhouse. Running heavy-duty tasks on the MacBook Pro is given to two new processors derived from the M1 SoC.

The latest entrants to Apple Silicon are the M1 Pro and the M1 Max processors. You can buy the MacBook Pro M1 Pro or M1 Max in both the 14-inch and the 16-inch models. As its name suggests, the M1 Pro is the mid-variant ahead of the regular M1 chipset, and the M1 Max packs all the power and more that Apple has to offer.

Both the processors have distinct identities, and since the regular M1 that debuted last year has left other processors in the market eating dust, the Pro and Max promise to take things further.

The amount of power that we spoke about squeezes a lot of battery life. However, that’s not the case with Apple Silicon. Apple made grand claims about the M1’s breathtaking performance while consuming the least amount of battery power. The 14-inch MacBook Pro can last up to 17 hours, and the larger 16-inch model survives up to 21 hours on a single charge. For comparison sake, the 13-inch MacBook Pro M1 has a battery life of up to 20 hours, and the M1 powered Air lasts for up to 18 hours. But both 2020 models don’t have the amount of power the 2021 MacBook Pro M1 Pro or Max have.

The prices mentioned above are for the standard 512GB SSD models of the 14-inch and the 16-inch MacBook Pro 2021 devices. Needless to say, increasing the storage option and RAM further also increases the cost. If you’re as curious as I am, I did head to Apple’s website and selected the ‘Max’ed-out 16-inch M1 Max MacBook Pro with a 10-core CPU, 32-core GPU, 64GB unified memory, and 8TB of storage. The cost? ₹5,89,900. I also added Final Cut Pro and Logic Pro, which totalled up to ₹6,35,700.

What are your thoughts on the MacBook Pro M1 Pro and Max 2021 devices?