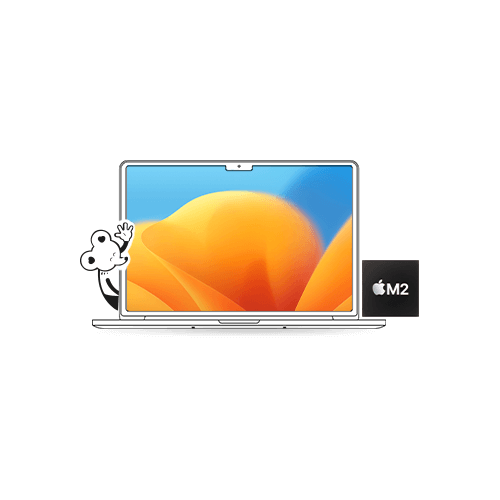 Will macOS Ventura Be Finer Than All Others of Its Kind?

This year’s WWDC has been all about taking multitasking, collaboration, and continuity to the next level, and our beloved Macs are getting new upgrades with macOS Ventura. The name itself has a nice ring to it, don’t you think? And it’s going to bring even nicer features to the table. As we wait to test out the next major version of the Mac operating system to arrive at the stores, let’s see what Apple has added to enhance our Mac experience.

If you needed another reason to fall in love with Apple all over again, Tim Cook and company just announced plenty, starting with updates to continuity across Apple devices.

For one, I think we all agree that the quality of our Macs’ webcams leave a lot to be desired. But I would say that the newest macOS update has a solution — and a pretty impressive one. Your iPhone can now be a webcam.

The smart macOS feature (called Continuity Camera) will sense the presence of your iPhone (even if it’s in sleep mode) and connect with your iPhone’s camera for video calls and such. You’ll also be able to use your iPhone Camera’s ultra-wide lens to create a Desk View, which will help you record or display what’s on your desk without even having to move your camera. Note that you will need to get hold of an iPhone 11 or later to enjoy this feature.

Apple also sprinkled in the delight of the Studio Light feature, enabling which will light up your face and blur whatever is in the background. However, this is something that only users with iPhone 12 or later can enjoy.

Meet the all-new macOS multitasking feature — Stage Manager. I know it’s a universal experience when I say that, for the average user, there’s multiple windows open at any given time. As soon as you put your hands on your Mac, you can’t stop yourself from opening a gazillion apps and files. I mean, that’s the charm of working on a powerful device like a Mac, no?

But then, your screen ends up looking like a hot mess and sorting those windows on Mission Control is just too much effort. So you can imagine my excitement when Apple announced that they’re finally bringing a more powerful windows manager to macs. How, you ask? Well, with Stage Manager on, your current window will be right in the centre of the screen and all the other active windows will be thumbnailed and neatly organised on a vertical side panel. You can also easily sort and group windows as you like. As someone who likes to keep everything in order and in control, I know I am gonna enjoy this macOS update very much. FYI, this one’s coming to iPadOS 16 as well.

… and some other things get better with time. And Apple sure knows how to set the table. At the WWDC 2022 event, Apple also announced a number of additions and upgrades to existing apps and features of the Apple universe. With macOS Ventura you will be able to:

Sometimes I think Apple’s just selling me stuff that are all the same, just in different shapes and sizes. But then I remember that I enjoy that continuity. Here are some of the other things macOS Ventura has to offer (along with iOS 16 and iPadOS 16):

Who Gets to Have Fun with macOS Ventura?

In other words, not all devices will be compatible with the latest version of the Mac operating system. No surprise there, I guess. Check if yours made it to the list:

Anything Else? M2, Please!

Apple also unveiled the new M2 Chip that will be plugged into the newest MacBook Air and 13-inch MacBook Pro — which means both the devices are going to get a completely new level of performance. MacBook Air will also be slimmer, lighter, faster, and fanless! And things are sure gonna get better with its 13.6-inch Liquid Retina display (thanks to the controversial notch), 1080p HD camera, and MagSafe charging.

As for the 13-inch MacBook Pro, it’s going to get its own 24GB of fast unified memory, ProRes acceleration, and will be nearly 40 per cent faster than the previous 13-inch MacBook Pro. Check out Apple’s press release about the new M2 MacBooks here.

macOS has always been one of the most advanced desktop operating systems, and with the latest rendition, Mac users will surely have a ball of a time. Don’t you think? The developer beta version has already been released, and Apple’s expecting to roll out the public beta sometime in July. The actual release should be by fall this year. Which features are you most excited about and which have you disappointed? Tell us in the comments!