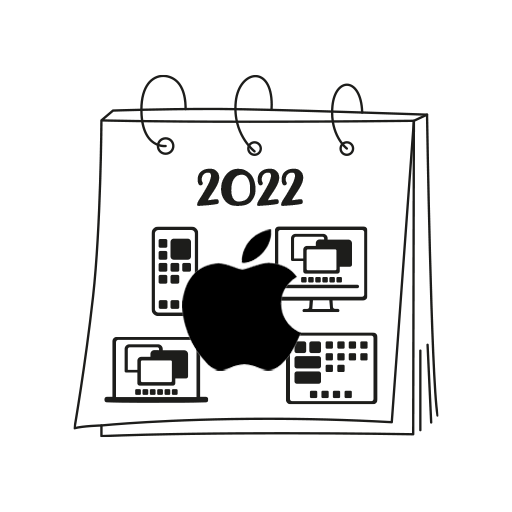 Expanding the Appleverse: What to Expect from Apple Events in 2022?

The iPhone 13, MacBook Pro with M1 Pro and Max, AirPods 3, iPad Pros with M1, iMac with M1, and the Apple Watch Series 7 are so 2021. The year hasn’t ended, but it’s safe to say that we’ve seen the last of this year’s releases from Apple. Though the devices mentioned above are yet fresh and latest, you might be wondering what Apple events in 2022 would bring. So, here’s a round-up of everything to expect from the Cupertino tech giant next year.

Apple Products Expected to Launch in 2022

The next year might begin with the introduction of the next iPad Pro models. Right now, the current generation of iPad Pros is leading the way in terms of power and capabilities on a tablet device. Also, the M1 chipset further enhanced the iPad Pros’ laptop-killer effect. By 2022, Apple might introduce better screen resolutions, upgraded cameras and sensors, and might throw in wireless charging capabilities. Also, we might see a bump in SoC performance and a new Apple Pencil third-generation model.

It was disappointing but not really surprising when Apple didn’t introduce more colour options to the 2021 MacBook Pro, likely to keep the no-nonsense all-business avatar going. Still, the next MacBook Air 2022 is likely to come in various shades much like the 24-inch iMac and iPad Air 4. Also on offer might be an updated M1 processor for faster and smoother performance. A similar, thin-bezel design from the 2021 MacBook Pro might come to the 2022 Air for a slimmer and thinner overall design.

We expect the 2022 MacBook Air to be lighter and thinner than its predecessor. Also, if Apple enables a 120Hz refresh rate with ProMotion and MagSafe chargers, it’ll be the icing on the cake. I hope there’s no ugly notch, but I guess Apple will do what they want despite users’ wishes.

The iPhone SE 2020 is one of the most popular Apple products in the market, largely due to its attractive starting price. However, the SE now requires a refresh and we expect the next SE model will debut at an Apple event in 2022 with a full-screen display and 5G processors.

The compact powerhouse CPU from Apple might launch in a more powerful avatar, dubbed as the Mac mini Pro. The next Mac mini Pro might come with the M1 Pro or Max chipsets that came with the 2021 MacBook Pro models.

Apple is reportedly working on an in-house AR/VR headset that could be announced towards the end of 2022. The AR/VR headsets from Apple are expected to spot an inherent processor and a dedicated operating system.

According to rumours, we might just see an all-new iMac “Pro” in early 2022, with a thinned-down display and darker bezels similar to Apple’s Pro Display XDR. Leaks also suggest this redesigned iMac “Pro” will include features from the new MacBook Pro, such as a ProMotion display, mini-LED, and the M1 Pro/Max chipset.

Apart from the Apple products coming in 2022 mentioned above, the company is also working on more powerful Mac Pro devices with Apple Silicon, which might launch in 2022. Also, if you were wondering, a foldable iPhone isn’t likely to come until 2023, and the Apple Car is a long way from seeing the light of the day. At least not at an Apple event in 2022.