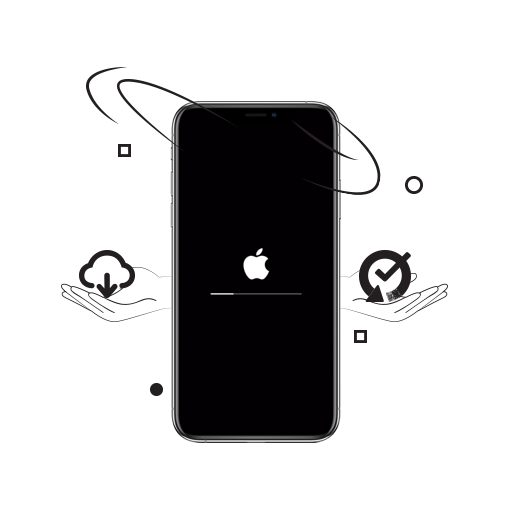 Now that the iPhone 13 is out, there will be many of you who would want to switch to a shinier new device. Also, like some of our team members, many of you would like to ditch their iPhone Xs and iPhone 11s for the reduced priced 12 models. Nevertheless, no matter which new iPhone you put your heart, hand, and bank balance towards, the iPhone-to-iPhone data transfer process is quick and easy. Read on to find out how one of the best features Apple has to offer works.

Phone-to-Phone Transfer Back in The Day

Earlier in the golden era days of Steve Jobs, I would be bombarded with requests to transfer data from old smartphones to new devices from my entire jingbang of family and friends, being the tech-savvy one in the group. I would happily oblige and come to their rescue, akin to Captain America with my good old early 2011 MacBook Air as my shield. Though a lot less shiny and more, err, fragile.

Anyways, the old method for phone-to-phone transfer took some hard work, first backing up the old phone’s data to my computer and transferring it back to the new device. Then came the era of the cloud. Though I was called out a lot less, being my family’s password keeper meant they still called me to ask for their Apple ID passwords to access their cloud storage. Finally, all that has changed (at least a little bit) with Apple’s Quick Start feature.

Apple Quick Start: One of the Best Yet Least Talked About iOS Feature

Apple’s Quick Start helps you with iPhone-to-iPhone data transfer wirelessly, and as its name suggests, the process is rather quick. It takes only a matter of minutes to get going with your new iPhone. But keep in mind to turn Bluetooth on for your older device and place it close to your new iPhone.

Remember to plug your device into a charger while the transfer process is underway. Also, make sure both the devices are in close proximity. Transferring my data from the iPhone XR to the 12 was completed in about 15 minutes. The best part is that all my apps were ready to use without having to log in again. Even my Apple Watch prompted me to switch to the new iPhone, and the process was completed instantly. Once the iPhone-to-iPhone data transfer was finished, my older device displayed a menu that suggested I delete all my content and settings from the previous iPhone.

Thus, the Quick Start feature has added a lot of convenience to the iPhone-to-iPhone data transfer process. Yet again, Apple has taken its continuity philosophy to the next level. What’s more, the process seamlessly works with the iPad as well. You can follow the same steps mentioned above to set up your new iPad. Data transfer from iPhone to iPad and vice versa is also possible. So, yeah, I’ve said goodbye to the Captain America wali feeling; I wager Quick Start is easy enough for anyone to understand!