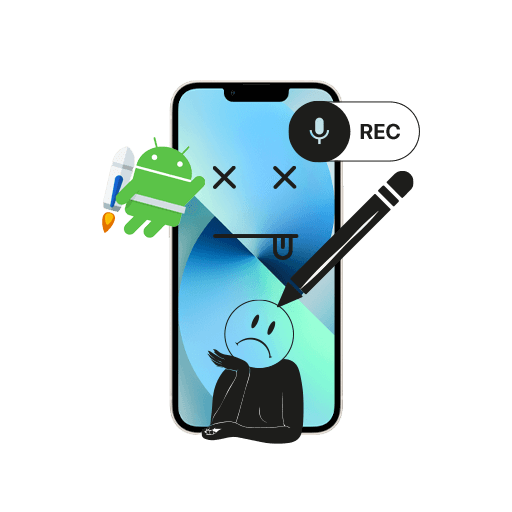 Beyond the Battle: 7 Android Things I Wish iOS Had

The Android vs. iOS battle isn’t one that’s likely to ever conclude. With each consecutive update, both Apple and Google overperform and underperform one another. While iOS is limited to only iPhones, Google’s Android mobile operating system can be found in almost every other smartphone today. There’s no denying that while Google has made a super OS for smartphones, iOS offers a certain finesse. Nevertheless, though my preferences towards iPhones are unlikely to decrease, there are many things Android can do that iOS can’t. Here are 7 Android features I wish iOS had.

As a basic experiment, I tried an Android device for a week. Here are a few Android things that I wish iOS had.

From the Home Screen to the Notification Bar, almost everything in an Android can be placed the way I want. To enhance my wallpaper, Android gives me the option to randomly set apps in comparison to iOS’s strict lineup option. Similarly, icons in the notification bar can be replaced, so the ones I use the most can be placed within reach.

Don’t get me wrong. I’m not a spy or anything (promise). But I do sometimes have to take quick notes from the team and clients. That becomes pretty difficult when I’m on the move, and I inevitably miss things. Here, Android came to my rescue with its native call recording feature. With this, I didn’t have to constantly recite my mental notes until I could write them down.

While iPadOS has a split-screen mode, iOS completely misses out on the feature. Sure, it’ll be difficult to use two apps simultaneously on an iPhone mini, but the larger iPhones surely have the display for split-screen to work beautifully.

Some flagship Android devices can support stylus inputs. For example, the Samsung Galaxy Fold 3 and the Note series can be used for writing and drawing. Again, the mini and the regular 6.1-inch iPhones may be overwhelmed by a mini Apple Pencil, but the Pro Max devices can easily be used as a phablet. Oh, how I wish my 12 Pro Max could support the Apple Pencil.

With iOS, you’re allowed to download applications only from the App Store. However, on Android, you can also install apps downloaded over the internet.

So here are the 7 things things Android can do that iOS can’t, but I really wish it did. Do you have any such wishes too? Drop them in the comments below!