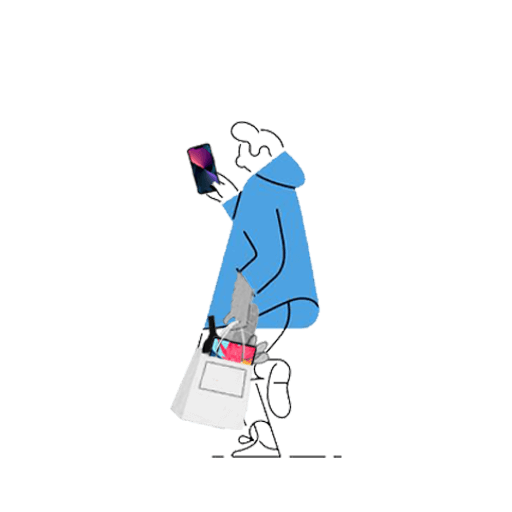 If there are two things no one can deny about the iPhone 13 Pro Max, it’s that: One, it’s absolutely amazing; and two, it’s crazy expensive. I still can’t get over the fact that this iPhone costs more than the M1 MacBook Pro! And yet, I just couldn’t resist the appeal of the gorgeous Sierra Blue 13 Pro Max and handed over my credit card at the Apple Store … or, well, I almost did.

Let me back up a bit. I was in the market to buy a replacement for my iPhone XR (which belonged to the pre-Covid era). I had two conditions: One, it had to be an iPhone (obviously!); and two, it had to be the latest to make the upgrade feel worthwhile. Since I’m not the kind who takes a lot of pictures from my phone — yes, we exist — the camera wasn’t the numero uno consideration. On the flip side, a big screen and a big battery were definitely important factors.

The 13 Pro Max ticked most of the boxes, and that’s what I went to buy.

I came, I saw, I got confused

Have you noticed how those strategically (read: insidiously) laid-out products at Apple Stores call out for your attention? For me, the voices came from two different ends. One was a small whisper by an iPhone 13 mini sitting unnoticed on the display table next to me, and the other was a ‘check me out’ coming from the front of the store by the newly launched iPad mini.

I was well aware of the 13 mini. This throwback to the smaller iPhone size had intrigued me since I saw the box-in-a-box-in-a-box unveiling of the iPhone 12 Mini. However, I never really considered buying one for myself because it seemed more of a novelty than a practical option.

The iPad mini was different. It was one of the products whose upgrade announcements at Apple keynotes always made me wish for a  ‘Can we skip to the good part?’ button. That’s why I was pretty intrigued by the buzz around its sixth reincarnation.

So there I stood, fiddling with the Blue iPhone 13 mini, when the sales guy came and commented, “Beautiful colour, right?”

I nodded and complained, “Ya, but the Pros never get these lively colours.”

“True! Even the Purple on iPad mini 6 looks amazing, while the iPad Pros have the same old boring options.” And as if to further fuel my disappointment, he added, “I mean, think about it, you could buy both the gorgeous 13 mini and iPad mini at the same cost as you’d pay for the Pro Max.”

I took his advice. I thought about it.

“How usable is the split-screen on iPad mini 6?”

“Is the iPhone 13 mini’s battery as bad as people say?”

“Touch ID instead of Face ID; does it make a big difference?”

This barrage of questions might have made the sales guy feel like someone who told a dad joke and belatedly realised he was standing at the podium during an inter-college debate. Nonetheless, he took the inquisition in the right spirit and responded with a cocktail of facts and frustration.

Eventually, I put the pieces of information together and laid down the picture on the table: Overall, the iPhone 13 mini is a great smartphone. Its Achilles’ heels? Battery backup and screen size. The iPad mini also offers almost all the features of the higher models but is strictly a media consumption device. Both these devices stand out in their respective lineups for their portability and incredible value for money.

The idea of ditching the 13 Pro Max for the unexpected duo of the mini iPhone and iPad was starting to seem less and less ridiculous.

The first and the last of it

It’s all but confirmed that the iPhone 13 mini will be the last of the ‘small’ iPhones that Apple releases. iPhone 14 onwards, it’s going to be all big and bigger. So, if I wanted to relive the good ol’ days of using the iPhone singlehandedly, now was my only chance.

iPad mini 6, on the other hand, is the first true flagship mini that isn’t the Internet Explorer of the iPad world. This gave me a different type of FOMO – Fan Of Mini Opportunity.

I realise that you might perceive the above points as random and lame but, in my mind, they further tipped the scales in favour of the minis.

Numbers to the rescue

When in doubt, number it out! Okay, that didn’t make any sense, but the comparative chart did. When I say comparative chart, I mean an absurd 2-vs-1 battle that somehow added up in the end.

Now, you might look at the chart above and argue that if the fight is so close, why not pick the one device that’s as good as two? My friend, let me introduce you to the concept of flexibility.

The iPhone mini gives you the joy of carrying around a phone-sized phone. And when you feel like watching a video or reading an article, you simply fetch your iPad mini and enjoy it on a bigger 8.3-inch screen.

And what happens when you’re out of your home or office and don’t have your iPad on you, you ask? You make good on your promise of reducing your screen time, smartypants.

Moreover, the iPhone mini isn’t really as mini as everyone is making it out to be. It has a fairly big 5.4-inch OLED (read: gorgeous) screen, which, to put in context for you, is the same ‘big’ size that you loved in the iPhone 8 Plus just a few years ago.

What was that? What if you don’t have access to a charger and your mini’s battery runs out? Hey, I thought you weren’t watching videos or reading on the mini? The battery will easily last all day in that case!

Besides the sarcasm, I actually have a useful solution for this (unlikely) scenario. It’s called MagSafe Battery Pack. Yes, it’s an add-on, but it’s also optional. Use it if you need it.

As you can tell, my mind was made. I gave a confident nod to the sales guy. He did the needful without feeling the need to say another word.

Fast forward to a month later, I’ve been using the two minis and there’s no buyer’s regret to speak of. Of course, there are those rare instances, like when I’m reading a restaurant’s PDF menu and wishing I had a phone with a bigger screen. But such cases are few and far between. The 13 mini’s battery holds up surprisingly well, despite being connected to Wireless Apple CarPlay for a couple of hours per day.

As for the iPad mini, it is the iPad I’ve used more regularly than any others before. And I’ve tried the 9.7-inch iPad, the 11-inch iPad Pro, and the 12.9-inch iPad Pro. For me, all those were too big for reading purposes, while the mini is the perfect Kindle size.

I’m confident that this duo will serve me well for at least a couple of years. After that, we go Max!