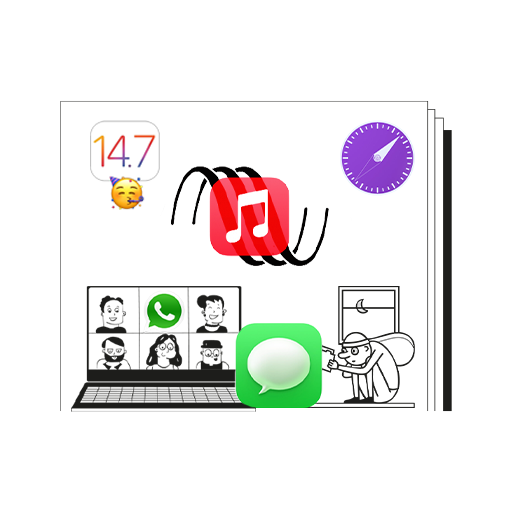 Want to catch up on last week’s Apple news? That’s what we’re here for! Applesutra’s weekly Apple news recap series, posted every Monday, will help you catch up to all the latest Apple news, rumours, and updates. This week’s recap features the iOS 14.7 update, the release of lossless music and spatial audio in India, and more.

So, sit tight and read on. Here’s everything you need to know about Apple last week.

The macOS update also includes some important fixes for known vulnerabilities, and the watchOS update brings support for the ECG app and irregular heart rhythm notifications to more regions. If you haven’t updated your devices yet, then we’d recommend at least updating your iPhone, iPad, and MacBooks as soon as possible!

Moreover, as Apple products‘ market share continues to grow, the gap between Apple and other brands is decreasing. Take, for example, “XLoader”, a modified strain of malware that’s common on Windows, that can now also target macOS.

The much-awaited Lossless mode and Spatial Audio with Dolby Atmos have finally come to Indian Apple Music users! You can now listen to Apple Music’s entire catalogue in lossless and high-resolution lossless. However, the highlight of this rollout is spatial audio, which promises a more immersive and theatre-like audio experience to listeners. Check out our article on it to know more!

We know we’d love to see Apple Silicon on the 16-inch MacBook, but one would expect to see the upgraded versions expected on the upcoming MacBook models rather than the same old.

Apple released a new update for its experimental browser, Safari Technology Preview, where the company tests features for future Safari updates. This update includes 128 bug fixes and performance improvements, such as a streamlined tab bar, Quick Notes support, support for Safari extensions, and more. The update is available compatible with both macOS Big Sur and macOS Monterey.

What are we looking at in the future? Here are some recent leaks and rumours to get you going.